Around Persia a classic view

Around Persia a classic view

This tour contains several historical cities that definitely worth it to visit. All the cities have lots of historical attractions with over 100 years’ historical and unique values. It could be an exciting experience to visit these cities and can be exploration around Iran.

What we suggest and offer 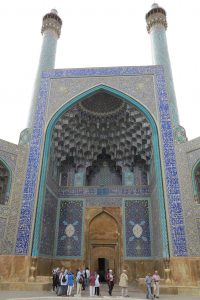 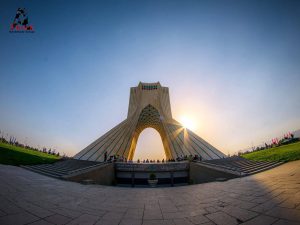 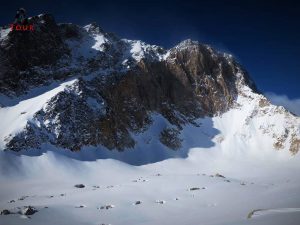 Set out to explore the bustling cosmopolitan capital of Tehran, starting by south side “Iran National Museum”, Iran’s cultural treasures are kept there and “Golestan Palace” (UWHS), one of Tehran’s oldest building complexes and a masterpiece of the Qajar area, “Jewelry Museum”, Treasury of National Jewels housing an impressive array of treasures from the Safavid era. O/N Tehran(Hotel)

Tehran(North ) The second exciting day in north of Tehran by visiting “Niavaran Palace” consists of several buildings and monuments dating back to the Qajar and Pahlavi eras. Walking around the “Tajrish Square”, the most famous and popular and historical Square in North of Tehran, sopping in “Tajrish Bazaar”, and visiting “Imamzadeh Saleh”, one of the most popular Shia shrines in northern Tehran . O/N Tehran(Hotel)

Tehran – Qom -Kashan Moving to Kashan, delightful oasis city on the edge of the Dasht -e Kavir, on the way you will be visiting “Holly Masumeh shrine” in Qom, then “Fin garden” (UWHS), the oldest extant garden in Iran, a historical “house of Tabatabaei ”, “Mir Ahmad bathhouse”, was constructed in the 16th century, during the Safavid era and will be ended by “Aghabozorg Mosque”. O/N Kashan(Hotel) Tehran to Qum (155 km) Qum to Kashan (111 km)

Kashan -Abyaneh -Isfahan(458 Km ) Depart Kashan towards Isfahan, on the way visiting “Abyaneh Village”, a village of great antiquity, which is like a living architectural and anthropological museum dating back to Safavid Era, the simplicity found in houses affords a picture of life in rural areas of Iran, heading to Isfahan, O/N Isfahan(Hotel) Kashan to Abyaneh (87 km) Abyaneh to ISfahan(106 km)

Isfahan All day sightsee the highlights of Isfahan, widely thought to be the most beautiful city in the Islamic world, the 17th century capital of the Safavid, including :Naghe – Jahan Square ” (UWHS) and visiting “Shah mosque ”, “Ali – Qapou palace ”, a high and beautiful building which shows art of Iranian architects and “Sheikh lotfollah Mosque ”, one of the architectural masterpieces of Iranian architecture that was built during the Safavid Empire. And walking around and over the historical bridges of “Si – O -se pol and Khaju ” . O/N Isfahan(Hotel)

Isfahan The second day in Isfahan is well – known as the half of the world in between Iranian, you will be visiting “Vank” Cathedral, the Church of the Saintly Sisters, is a cathedral located in the “New Julfa district” of Isfahan and Armenian Neighborhood, “Monar – Jonban ”, it contains 2 minarets if one of the minarets is shaken, the other minaret will shake as well, “Chehel-Sotun”, “Hasht behest Palace”, a Safavid era palace, and visiting Traditional Isfahan Bazaar where you will be amazed by eye – catching and unique handicraft. O/N Isfahan(Hotel)

Isfahan -Nain -Meybod -Yazd Leaving Isfahan to Yazd (UWHS) the largest brick city in between two basic Iran`s desert (Dasht Lut and Dasht Kavir), on the way passing through Jame Mosque of Nain and Meybod with its highlights including, “Caravanserai”, ‘Ice House” & “Narin” castle, after Lunch arrival into Yazd, and we will end up our journey by visiting “Amir – Chakhmagh” complex It also contains a caravanserai, a “tekyeh”, a “bathhouse”, a cold “water well”, and a confectionery. O/N Yazd(Hotel) Isfahan to Nain (86 km) Nain to Meybod (120 km) Meybod to Yazd (81 km)

Yazd -Abarkuh Set out the city tour of Yazd for half a day, visiting “Towers of silence ”, a circular, raised structure built by Zoroastrians for excoriation – that is, for dead bodies to be exposed to carrion birds, usually vultures, “Zoroastrian Fire temple ”, leaving Yazd towards Abarkuh to visit, “Gonbade Aali”, “Jame mosque ”, “Abarkuh old cypress” the oldest tree date back to 2500 BC and “Aghazadeh Mansion” and its “wind catcher” was built during the Qajar Dynasty. O/N Abarkuh(Traditional Local house) Yazd to Abarkuh (180 km)

Abarkuh – Pasargadae – Persepolise -Shiraz Continue our journey to Shiraz the city of flower and poem, on the way visiting the most predominant site of Iran ” Pasargadae” (UWHS), the Tome of Cyrus the great, “Naghshe Rostam” The investiture relief of Ardashir I and “Persepolis” (UWHS), The Palace of Achaemenid kings. Passing through “Quran gate” and enter to Shiraz. O/N Shiraz(Hotel) Abarkuh to Pasargadae (166 km) Pasargadae to Persepolis ( 25 km) Persepolis to Shiraz ( 120 km)

Shiraz All day enjoying the beauties of Shiraz, visiting, “Naranjestan Garden ”, due to abundance of sour orange trees it is called Narenjestan and date back to Qajar Era, “Vakil complex ” (Bazaar, Bathhouse, Mosque), “Karimkhan citadel” was the residence of Karim Khan and where he ruled. “Hafiz tomb ”. O/N Shiraz(Hotel)

Shiraz Full day visiting Highlights of Shiraz including “Nasir-ol Molk Mosque” with its stained glasses, “Eram Garden” (UWHS), one of the most famous and beautiful Persian gardens in all of Iran. And end up by “Saadi Tomb”. O/N Shiraz(Hotel)

Shiraz-Tehran In the morning visiting “Qalat village”, enjoys in its vicinity an “eye-catching waterfall”, transferring to Shiraz Airport, back to Tehran. O/N (Train) Shiraz to Tehran (1 hour)