Each country has its own set of Dos and Don’ts that tourist should follow while visiting that particular destination. Iran is no exception; however, Iran has a big difference because it is relatively unknown. Usually the tourists we work with don’t know much about Iran and its people. They don’t know what to expect and what to be prepared for while traveling to Iran.

That’s why I thought to write a little about different aspect of traveling to Iran. I am sure after reading this blog post you will have a general idea about Iran and what to expect while traveling here. Of course, some subjects need more explanation and I will write separate posts discussing them. Since covering the general introduction in one post is not possible, I have divided them. This is the first part of these posts and you will read about dress code, food, and beverages. If you want to enjoy these Iranian attractions, you can see Iran tour packages price and book one of the most popular tours like ski touring in Iran according to your budget.

One thing that all know about Iran is that it is an Islamic country. Actually, people usually confuse or better said associate Iran with an Arab country and expect to see the same thing here. While our being Muslim is correct, Iran is entirely different from Arab countries. I emphasize the word “different” because it’s not a matter of being better or worse, just different.

As an Islamic country, there are some limitation in what is suitable to wear which applies more to women and not men. Men just have to wear long pants while traveling to Iran. Although people will understand if a non-Iranian wear shorts (not if it’s a really short shorts), it is still frowned upon. It is also better if the shirt or the t-shirt has some sleeve even if it is short. On general revealing cloths are inappropriate in Iran.

For women, it is a different story all together. The general idea is to cover the body to the wrists and ankles; that includes the head too but not the face. It seems a lot, right? But don’t panic, it’s not that strictly followed. You actually should want to cover your body to escape the sun. Iran can be very hot. That’s why I think long skirts and long sleeve shirts that cover the hips can be a good choice, or perhaps long sleeve dresses that covers the legs. This way you can stay cool and at the same time have followed the dress code.

Since this subject is very important for the tourists, I have written a separate post discussing it in more details. You can read about that here.

Traveling to Iran: Food and Beverages

Since the purpose of this post is not to introduce the local cuisine and beverages, I will just give some practical information or share the comments I heard frequently from tourists. The most important thing in this regard is that as an Islamic country, in Iran alcoholic drinks of any form and kind are prohibited. That and pork. Even buying and selling these items is a crime. I am not saying that as a tourist you will be heavily punished for drinking while traveling to Iran but remember that it is a crime.

That’s about all the prohibition you have in Iran.  Now, let me give you a general idea about Iranian dishes and what you will see and eat in Iran. Here, each region or each city has a different cuisine unique to that particular place. Sometimes for one single dish, there are numerous recipes each belonging to a different region. Usually, they share the main ingredients but differ in some others or in the style of cooking. So, you might try one dish in two different city and see that they taste different.

The other thing that is important to know is that many Iranian dishes are a combination of rice and a stew-like food called in Farsi Khoresh. There are numerous Khoresh made with different ingredients. Some of the most common ones are Qorme Sabzi, Qeyme, Karafs, Fesenjan and so on. Then, there are the dishes that are served with flat bread like Koko, Kotlet, Kashk-e Bademjan, Mirza Qasemi, and so on. At last, we have the Kebabs, there are many form of kebab made with different meat or chicken.

I have to explain something about Kebab. There is this question that many travelers ask me after couple of days of being in Iran: Do you have any other dishes besides Kebab in Iran? The answer is Yes, we have. But you know, most Iranian dishes are something we eat every day at our homes, so nobody goes to restaurants to eat them. Therefore, the restaurants don’t sell them, at least not those frequented by tourists. Besides, tourists are like guests and many feel the more traditional dishes are not formal enough for the guests.

Personally, when I travel, I like to try as many different thing as possible. That’s why I always show pictures of different dishes to my tourists and encourage them to try new things. Here too, I will show you some photos of the dishes I named previously. This way you can see the difference and have a better choice once coming to Iran. 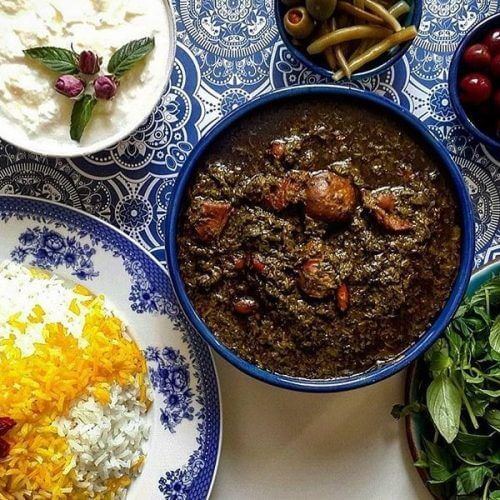 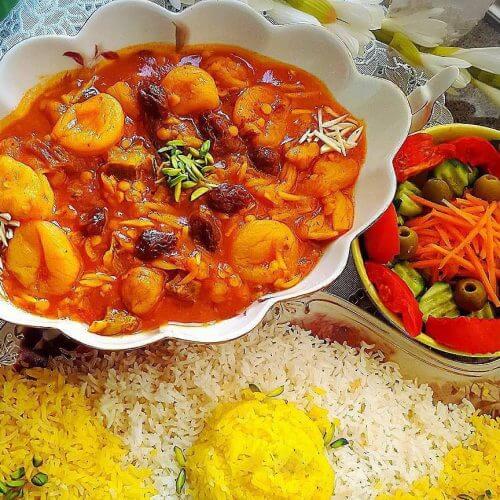 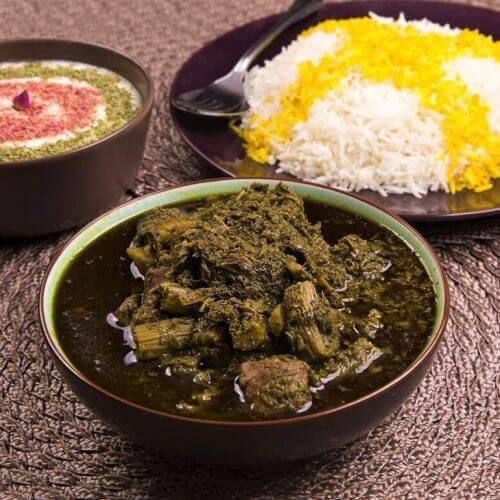 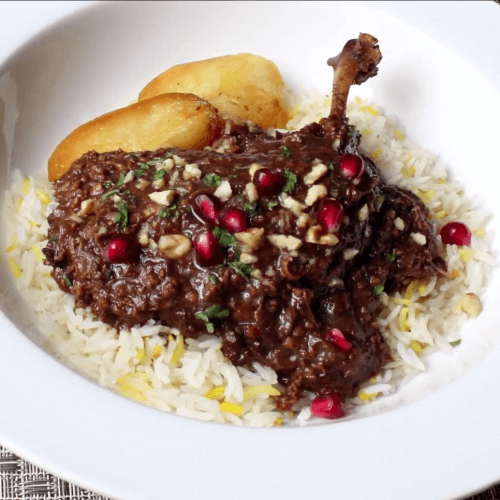 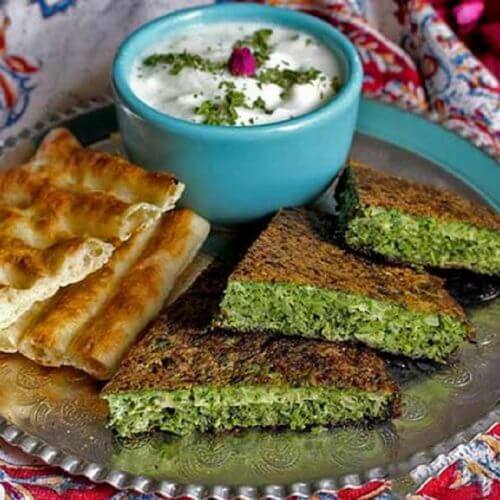 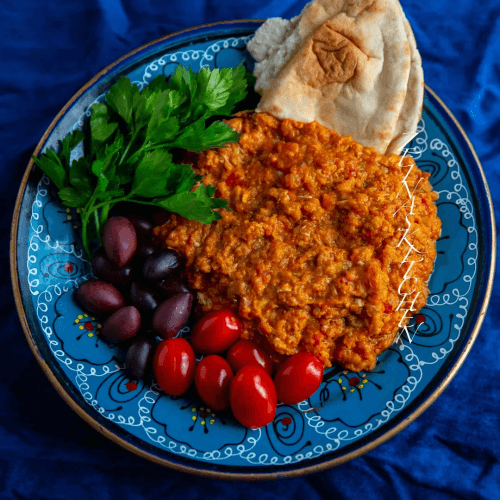 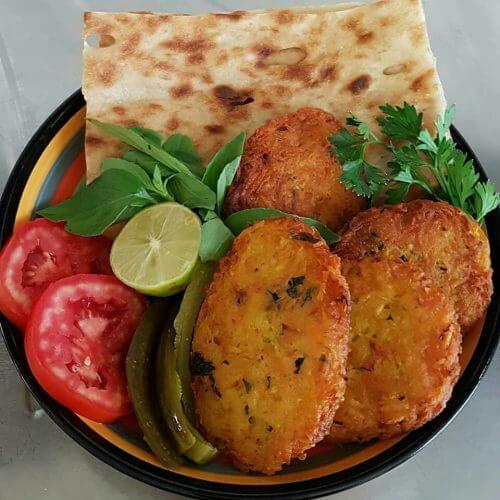 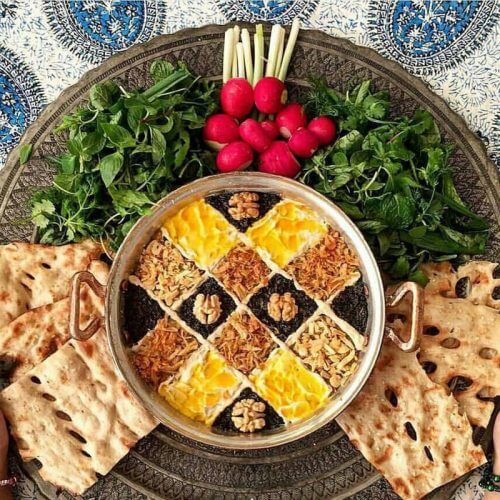 If you want to try different dishes make sure to tell the restaurant waiter/waitress to explain for you with other options beside Kebab is available. If you are with a guide, he/she will automatically give you these information.

As the last tip in this section, I want to talk about tea. Black tea is the most commonly used drink in Iran and usually served with sweets, dates or crystallized sugar. To put it simply, tea for us is like coffee for other western country. We drink it with breakfast and practically after and between all meals.

I hope you find the mentioned information useful. If you have more questions or need other tips don’t hesitate to contact us. And look forward to other tips about Iran in our upcoming posts.

How should I choose my next de...